“Living Your Meditation” is a yoga and meditation retreat in the Sicilian hills, hosted by Harvey Koniak and Kheli Italiano. The estate itself, filled with orchards and self-tended gardens, tells a unique story of how one couple changed their lives from living in a big city to choosing to live a simpler, but richer life, and how it deepened their spiritual practice.

In the secluded hills of the estate, doing daily yoga with Simon, guided and silent meditations with Harvey and Kheli, creative expression of painting, making natural art, movement, a raw food demonstration with Kheli, eating wholesome food prepared by Kheli and her team, who takes home cooking to a fine art, you’ll find peace and wellness and deepen your spiritual practice.

“Living Your Meditation” is a simple meditation that brings you into a natural state of relaxation, peace and serenity. It allows you to discover that every activity, whether it’s active (e.g. walking, moving, making natural art or eating) or passive (silent sitting) can be a meditation, when watchfulness is brought to it.

Every day of the retreat you will begin your day with a half an hour guided meditation which will ease you into a 45 minutes yoga flow session that will relax points of resistance. After a healthy nourishing breakfast you have the choice to explore the golden sandy beach of Lascari, with quiet places to swim and relax, or enjoy just relaxing on a deck chair, exploring the enchanting river ‘Rio Campella’ on our estate or book a rejuvenating Thai Massage with our yoga teacher Simon. In the later part of the afternoon you might like to participate in a chanting session followed by a guided/silent meditation.

After a delicious dinner the day is completed with a gentle moving meditation, to ease you into a good night sleep.

You will leave refreshed, replenished and relaxed, inspired with the discovery of “Living Your Meditation”. 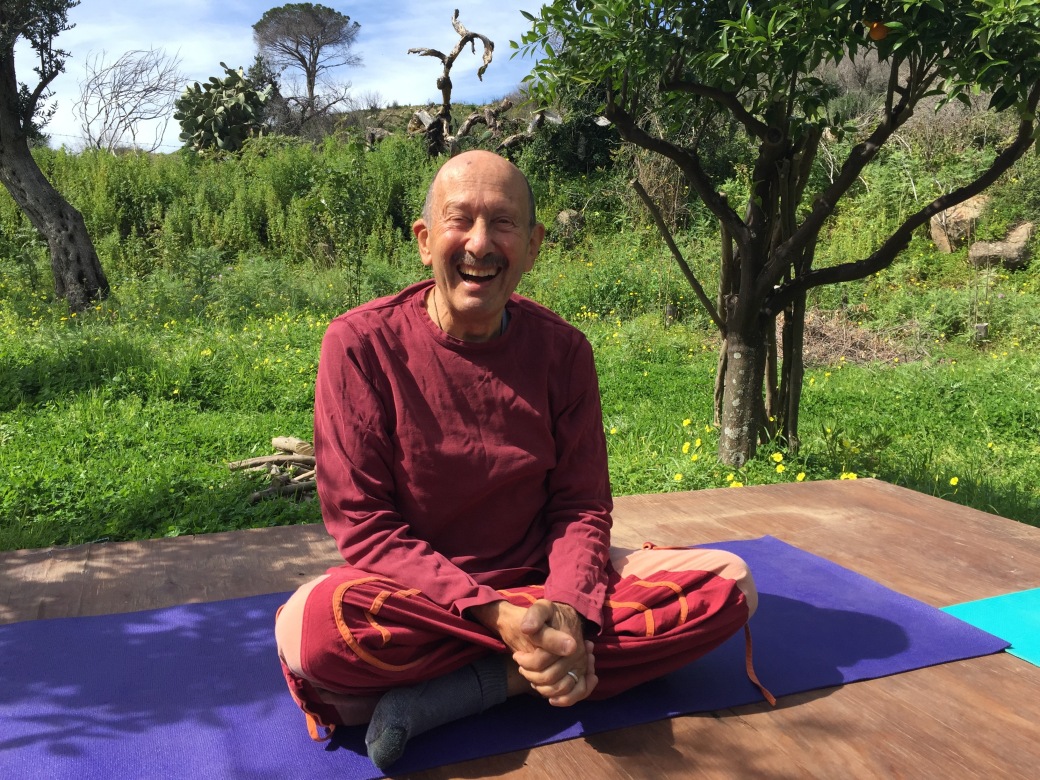 Harvey Koniak
There’s an old Japanese proverb that goes something like; “Better than a thousand days of diligent study is one day with a great teacher”. Harvey Koniak, though immensely humble, is that great teacher. Harvey’s wisdom comes through his presence. He’s been a meditation practitioner his whole life and is now giving that gift to students. Though quiet and thoughtful, he’s never lost for a witty word or playful joke. Harvey gave up a fast-paced life in London to tend his garden, both literally and metaphorically, in the hills of Sicily. He lives his practice and it’s evident through everything he does.

Kheli is a compassionate, empathic meditation teacher who embraces everyone equally. After working for many years as a complimentary therapist, she has a powerful intuition and has the ability to help others go deep and guide them to more clarity. Kheli is a ‘medicine woman’ in the true sense of the term. She helps people heal themselves with food, meditation, insight and creative expression through the arts. She’s wild like the Sicilian hills she inhabits. Playfulness and light heartedness are her hallmarks. Staying in her lovely space you’ll soon feel at ease. 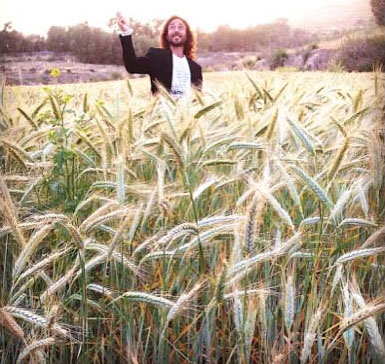 Simon is a charming and delightful yoga teacher that makes everybody feel safe and at home. Though he takes his yoga practise seriously, he brings lightness and playfulness into his class.

He has been teaching Hatha yoga for the past 10 years, studied under Teacher Dada Nhabinalanda with Ananda Marga for two years after which he proceeded his studies further with Self Realised Master Yogi Paolo. In the past few years after studying and practicing various Yoga styles including Kundalini Yoga and Bhakti Yoga, he developed the most effective and efficient Yoga thats suits all levels finding that people come to him with various health problems and  physiological and psychological issues thus he reduced the more difficult postures to ones that most people can perform without any previous training, nevertheless receiving the same benefits after only the first lesson.

He also trained in Thai and Acupressure massage where he got certified in Thailand.  The Thai and auric healing acupressure hands on massage can greatly stimulate and open energy paths that have been blocked for years at times. This can be especially beneficial when combined with a yoga practise. Therefore book in advance as spaces are limited.